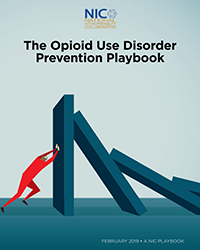 There are countless ways to demonstrate the horror of our nation’s opioid crisis, from raw numbers (over 47,600 opioid-related deaths in 2017) to records set (fatal overdoses now exceed vehicular deaths) to OMG descriptions of the drugs’ toxicity. A couple of recent examples: During a routine traffic stop last April, state troopers in Nebraska seized a record-setting 118 pounds of fentanyl, enough of the synthetic opioid to kill 26 million people. The record didn’t last long. Just a couple of weeks ago, U.S. Customs and Border Protection officers in Arizona discovered more than twice that amount – 254 pounds – in the floor compartment of a truck loaded with cucumbers.

“It is clear that vast quantities of opioids with increasing potency are flooding … the country,” says a report by the Massachusetts Taxpayers Association. “The epidemic has not stalled; in fact, it is poised to accelerate with alarming consequences” to people, communities and the economy. With stakes that high, it’s imperative that this crisis be addressed in every way possible, with the greatest emphasis obviously on saving and restoring lives. Those are clearly the primary objectives of efforts being made at every level today – from federal grants flowing to treatment and recovery initiatives, to local communities providing naloxone more and more freely. In our view, however, one potentially vital component of a truly comprehensive approach to addressing the opioid epidemic has received short-shrift to date: Prevention. We are not saying that the growing number of crisis-response efforts should be reduced in any way, because saving lives is clearly Job 1, but we are suggesting that additional attention and resources should go to “upstream” activities so that this public health emergency abates – and maybe even ends – over time. To promote movement toward prioritizing that goal, today the National Interoperability Collaborative (NIC) is publishing The Opioid Use Disorder Prevention Playbook on NIC’s website and on the NIC Collaboration Hub Opioid Group, where anyone interested in the opioid issue is invited to leave comments, participate in a conversation and/or post information about their own projects that they think should be included in subsequent iterations of the Playbook. [NIC is an initiative of the Stewards of Change Institute and its leadership partner, AcademyHealth, with generous funding from the Kresge Foundation. The Playbook is also available on SOCI’s website.] This first version of the Playbook describes 11 prevention-focused strategies (or “plays”) being tested around the country. In discussing those plays, the publication’s primary objectives are to:

It is important to underscore that the Playbook’s contents represent a current snapshot of our evolving knowledge on how to address the opioid crisis, while also identifying the research and evidence-gathering that still must be undertaken to make better-informed decisions. Our intent is to regularly update the Playbook – most notably its plays – as we learn about new ideas and initiatives, and we welcome comments and contributions on the NIC Hub to keep it as up-to-date as possible.