The harmful impacts of COVID-19 are being experienced worldwide and, as a result, countries across the world are experiencing social disruption and unprecedented stresses on their health and social care systems. Given the unprecedented nature of the pandemic, we have an opportunity to learn from one another about what actions are being taken – or could be taken – to address the effects on our safety net programs and systems. While there are differences between the US and Europe, there are also similarities that can shed light on potential solutions and innovations that can be leveraged to improve outcomes, operational efficiency and effectiveness in the near- and longer-terms. We’ll hear from leaders representing countries across Europe, Canada and the US during the webinar. Alfonso Lara Montero is the Chief Executive Officer of the European Social Network (ESN) that brings together 140 member organisations in 36 countries from public authorities in the field of social services responsible for managing, financing, delivering and inspecting social services across Europe. Working closely with them, ESN supports social inclusion and better life chances through the delivery of quality social services. Alfonso has led ESN’s thematic work on mental health, children’s services, integrated services, evidence-based social services and long-term care for older people and people with disabilities. Alfonso has over 10 years’ experience in public policy, has authored and co-authored several publications on social services, advised several European projects and contributed to academic journals, newspapers and specialist social care magazines. Before joining ESN at the beginning of 2010, Alfonso worked in project management in the private sector, and consultancy in the third sector. Alfonso is a graduate from the University of Granada in Spain, The College of Europe in Poland, University College London and The Solvay Business School in Brussels. 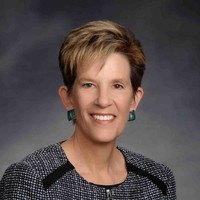 In 2015, former Gov. Brown appointed Dr. Smith as director of the California Department of Public Health (CDPH). Prior to her appointment, Dr. Smith had been medical staff for infectious disease at Queen of the Valley Medical Center since 2012, served as public health officer and deputy director at the Napa County Health and Human Services Agency since 2004, and worked as a faculty consultant at the Francis J. Curry International Tuberculosis Center since 1997.

Tell your story, share your views and spread the word!

We look forward to your continued engagement. Feel free to add comments/thoughts/questions. Post a discussion, write a blog, and/or contribute your ideas for future discussion topics. We’ll take a few minutes during our next call to sort through these, prioritize them and identify who will lead each discussion. Invite your colleagues so they can join too.

Please note that we have posted the recording of the past LGT groups discussions for those who were unable to attend. Check them out!

We look forward to this working session and hope you'll participate to share your thoughts and insights.

Invite your colleagues and friends.