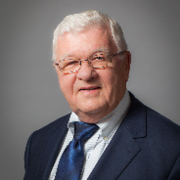 How did you hear about the NIC Hub?

What are your domains of INTEREST?

What are your domains of EXPERTISE?

Paul Wormeli consults for government and the commercial sector in the application of information technology to public service.. He has introduced innovative programs in public policy as well as innovations in the use of technology.  He has managed the development of software products resulting in system implementation for dozens of agencies throughout the world, and has managed national programs in support of advanced information sharing.

Mr. Wormeli was appointed by the President and confirmed by the U.S. Senate as Deputy Administrator of the Law Enforcement Assistance Administration (LEAA) in the U.S. Department of Justice.  He led the development of a common protocol for interconnecting diverse proprietary protocols to enable the nationwide sharing of criminal history information.  Mr. Wormeli managed the work for the Information Systems section in the report of the President’s National Commission on Standards and Goals for Criminal Justice. He has been an advisor to the White House on security and privacy, and participated in the drafting of Federal law on this topic.. During his tenure in the Justice Department, he served on the President’s Committee on Drug Enforcement.

In 2009, Mr. Wormeli was appointed to serve on the Committee on Law and Justice (CLAJ) of the National Academy of Sciences.  In 2011, Mr. Wormeli was named by Government Technology magazine as one of the Top 25 Doers, Dreamers & Drivers in Public Sector Innovation in the U.S. Also in 2011, the National Association for Justice Information Systems (NAJIS) awarded Mr Wormeli the Kelly Bacon award for “Outstanding Service to the Justice Information Technology Community”. In 2012, Wormeli was named as a Senior Fellow in the Homeland Security Policy Institute of the George Washington University.  In 2015, Mr. Wormeli was awarded the Robert P. Shumate award for a lifetime of service to the law enforcement and justice community. In 2016, Mr. Wormeli was elected to be a fellow in the Public Technology Institute.  In 2017 he was awarded the 2017 Interoptimability Award by the Stewards of Change Institute for his work in improving information sharing.  In 2018 he was named as a member of the advisory board for the National Interoperability Consortium.

Would you like to join the Civil Justice Technology Project Group?

While we have made progress through new technology and federal rules toward making a national health information exchange system a reality, just about everyone who works in this space knows we have “miles to go before we sleep”.   There are indeed…
See More 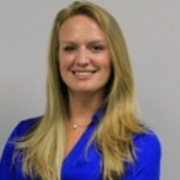 "Questions (Q), Answers (A) and Comments (C) about justice and public safety information systems and data management
Q:        In these design processes, are there established principles that guide designers and stakeholders through the process of…"

"There are a lot of misconceptions about NIEM that need to be corrected.   First, NIEM is not a standard.  It is a framework and methodology to facilitate semantic interoperability across domains. This framework is a way that is agreed upon through a…"

The International Association of Chiefs of Police has created a resource center on-line for police agencies seeking to take action against the opioid crisis.  The resources include links to state programs that have been proven effective.  The…
See More

"When this rule is adopted and implemented it is likely to have a very positive impact on our ability to combat the opioid crisis, and we will  want to include evidence of such impact in the playbook.  The initial release of the playbook was targeted…"

The Director of the Office of National Drug Control has published the first national strategy for drug control under the Trump administration, and it calls for a 3-pronged approach to drug control--prevention, treatment and making the drugs less…
See More
More…
Loading ...