One factor that is often overlooked when considering the role of the Social Determinants of Health and Well-Being (SDOH) is American exceptionalism.

Most other advanced democracies have already attempted to integrate health policy and other sectors of social policy. Some have done it in the name of social cohesion, others have sought to facilitate the participation of all citizens in economic and social life, and yet others have finally recognized care and good health as social rights.

The situation in the United States is unique because of the wall that exists between health and social policy. The former is consuming close to 18 percent of U.S. GDP and, despite its terrible shortcomings, is a global symbol of medical prowess and innovation. Meanwhile, the latter is underfunded and underserviced as we can clearly see – unfortunately – during the current coronavirus crisis.

Social policy is identified with the mitigation of racial disparities and poverty within a political culture that tends to dismiss the advantages attached to the universal provision of social benefits. The U.S. is also known for the fragmentation of authority among multiple public institutions, starting with social and health programs at the federal, state and local levels.

The benefits of reconciling health and social programs far exceed the costs and inconvenience of disrupting entrenched habits. The United States could finally acquire the capacity to curb the cost curve by addressing the root causes of ill health and bad outcomes. Integration would also help invigorate the social mechanisms favoring individual advancement and mobility, which have been stalled for decades.

This social process, in fact, is self-improving, with each experiment contributing to our understanding of the connection between social pathways and population wellness. The work of the National Interoperability Collaborative – in particular its current initiative to develop a National Action Agenda on SDOH – aims to not only improve understanding, but to fuel genuine progress. 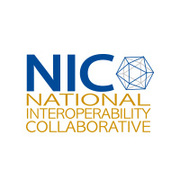 Brian Handspicker, a key participant in Project Unify, is the Technical Lead for the National Information Exchange Model (NIEM) Health Community of Interest. He is a subject matter expert on mapping and modeling of information between clinical healthcare standards and non-clinical domains.